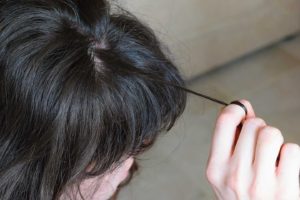 Trichotillomania is a condition where a person compulsively pulls out their own hair, also known as hair pulling.

This would generally come from the scalp, but it can come from the face, arms, legs or even the genitals. In isolation, the disorder works as follows. A person with trichotillomania starts to feel an irresistible urge to pull out their hair. They may attempt to deny the urge for a while, but in the end, they have to give in. They cannot resist the urge for a prolonged period of time.

Once they have pulled out a few strands, they are rewarded with momentary relief. This will only last until the next urge comes, at which point the process begins again. Because a person is unable to resist the temptation, this is considered an impulse-control disorder and in thus psychological in nature.

The condition can exist by itself, but there are other underlying or contributing mental health conditions. A person who suffers from anxiety or depression may feel a slight abatement in their emotional distress once they have pulled out their hair.

Who does it affect?

Women suffer from trichotillomania more than men, with 80% of the reported cases being female. The condition can affect anyone, but there are more people who suffer from the condition among teenagers and young adults.

Symptoms begin when a person is about 11, and without treatment, they may continue for a large portion of the person’s life. There may be times of extreme emotional distress which would worsen the symptoms, but in general, they are consistent and long-term.

For those who start displaying signs of trichotillomania at a young age, they do not respond as well to treatment as do people who only start showing symptoms later in life. There was a study done in 1994 which suggested that there may be a genetic component to this disorder.

How many people are affected by trichotillomania?

Even if a huge amount of money were to be poured into the research of this disorder, values and results would still be unreliable. This is because the people who suffer from trichotillomania do not speak out about it or seek professional help.

There is not necessarily a stigma surrounding it, but people are embarrassed to talk about it. There are also a fair number of sufferers who may deny having the condition entirely. This makes for rather unreliable data. These factors should thus be kept in mind when reviewing statistics concerning the disorder.

Preliminary data would suggest that there are between 0.6% and 4% of the population with the condition. In America specifically, there appears to be around 1% of the citizens who are suffering from the disorder or who have suffered from it. This value would translate to 2.5 million people who may suffer from the condition at some time or other.

While all people with the disorder pull their hair out, there are two different thought processes that can go on. There are people who consider what they are doing, and there is some element of premeditation, while there are others who do it automatically and without actually knowing that they are doing it.

About 75% of the adults who suffer from trichotillomania pull out their hair automatically. These people are less likely to display other signs of repetitive behavior. On the other hand, the people who think about pulling their hair may also pick their skin.

People who suffer from trichotillomania are quite embarrassed about the disorder. They are unwilling to talk about it and thus do not always get the help that they need.

If a person does reveal their condition, it is important to be supportive. Only professionals can aid these people, but it is very important to create a supportive environment. They should feel that they can discuss their disorder without being brushed aside or ridiculed.

Awareness for disorders can only come from research. Only once people are made aware of who is afflicted and why, do they begin to pay attention.

But, the only way that more research is done is if there is a call for it from the public. The result being a negative feedback loop where no research is done, and awareness is not raised. There are, however, some numbers trickling in concerning trichotillomania. 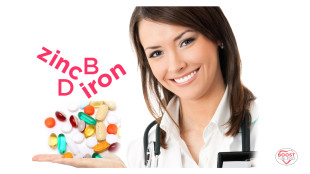 Vitamins for hair loss: Which ones are best?

There is a lot written on this subject and much of it is sponsored by the pharmaceutical companies or others [...]