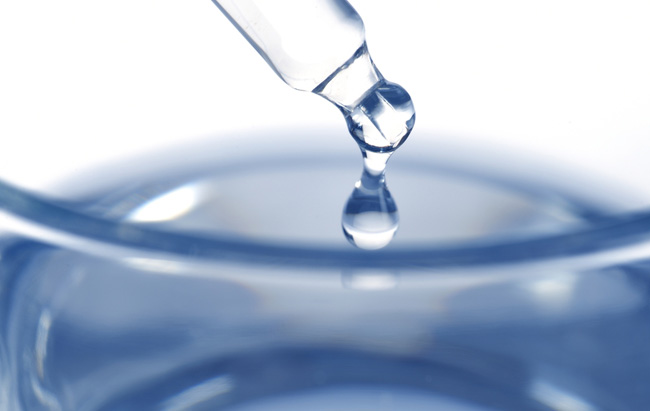 A while ago we introduced you to Lauren, the wonderfully informative and inspiring blogger from Corner of Hope and Mane. Lauren honestly discusses her journey with female hair loss and alopecia here. We love Lauren’s frank and earnest approach to a tricky subject! Just recently, we were upset to hear that a new hair loss company called Follinique has been using Lauren’s imagery without her consent to misrepresent their product. This prompted us to do some further research and provide an independent review.

Is Follinique a scam? At a bare minimum, we think it’s well-worth being cautious…

Follinique is a topical hair care treatment. It is applied to the scalp and absorbed through the skin. It claims to help regenerate hair follicles and stimulate hair growth. The company actually has very little information on their own site but various other “reviews” and articles suggest that Follinique will not only regrow hair, but add shine and lustre, increase growth and length quickly, cure baldness (!) and reverse the symptoms of hair loss.

The key ingredient in Follinique is 2% Minoxidil which is an independently FDA approved treatment for thinning hair. Note that Regain for women contains 5% Minoxidil. The distinction needs to be made that it’s actually Minoxidil that’s FDA approved, not Follinque itself as this is phrased ambiguously in various online articles and reviews. Follinique also includes other substances like Biotin (which we’ve discussed here), Vitamin C, Vitamin D and Vitamin B Complex. (We’ve discussed the effects of these products previously too).

The general components in Follinique are pretty standard and are not in any way alarming but it’s important to note that all of these substances are already in circulation (and have been for ages!) There’s nothing new or miraculous about Follinique.

Good question! There’s little to no information out there as to who actually produces Follinique. There are no physical contact details available online and the Follinique site directs users to a PO Box only. There’s a hotline number to call but by all accounts this number is shared by several other brands and product lines. Lauren describes her attempts made to contact the company in the video at the end of this article and it doesn’t sound like a very well-organised company structure!

A little research into Follinique throws up several red flags. These include so called “independent reviews” that all share the same language, content and article structure. The language used throughout the articles is broken and in some places virtually incoherent:

“Follinique Maintenance is a fundamental law of being well in every aspect of life regarding all body organs. Hair is an important part of our appearance which definitely enhances the overall look and personality as well. The health of hair also affects due to aging process so it is necessary to take care them well with some external agent to let them stay fresh, shiny and healthy as the early age. Follinique is a comprehensive hair package which resolves all issue of hair due to its efficient substances. The additional property of consist of minoxidant which makes it superior to other hair treatments and serum available in the market. Hair fall is the common factor which may caused by different matters. Never get astonish for hair fall if you lose 100 hairs per day but be alert if the rate of hair fall is gradually increasing.” – Source: http://soundcloudcommunity.org/follinique/

Other article titles include:

We’ve never seen a company work so hard at convincing you NOT to buy their product… It really should take very little reflection to assess the probability that this product may not be above board. If it was in fact the miracle cure it claimed to be, there would be no need for sensationalised articles aimed at tricking users into reading more about the product. Surely an actual cure for baldness would make the news globally?

So what happened to Lauren and why does it matter?

Read Lauren’s blog post here to get some context. You can also watch this video from Lauren explaining the situation in her own words:

It matters for two reasons:

We really can’t prove one way or another if Follinique is actually a scam. We hope that our readers will tread carefully though when considering using this product. There are so many angry reviews out there of people expressing their dissatisfaction and people not receiving the product at all or others trying it with no effect. We fully understand the desire to manage the symptoms of hair loss and particularly understand it from a female perspective.

We only ever suggest products we believe in and ones that actually do what they say.

Brands like BoostNBlend do not claim to cure baldness or stimulate hair growth, but rather offer a solution to the effect of fine, thin and thinning hair. While we wait with baited breath for an actual cure to hair loss, we’ll happily cover it instead! 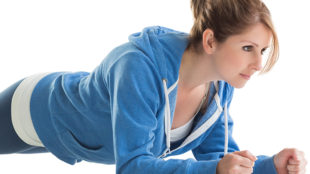 For women of a certain age, a spreading middle and general aches and pains creep up on us and one day we [...]