Next in our series on inspirational women is Ita Buttrose who needs no introduction. Her name is inextricably bound to decades of Australian publishing and media history and at 72 years of age, she continues to achieve and inspire.

Knowing she wanted a career in journalism from the age of 11, Ita left school at 15 to take up a position as a copy girl for the Australian Women’s Weekly – the very publication she would become editor of a couple of decades later. 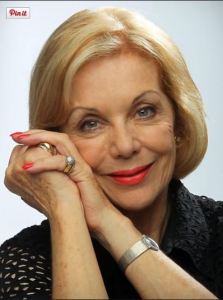 Image courtesy of the Herald Sun

After rising through the ranks (including being made the women’s editor for the Telegraph at only 23), Ita was appointed founding editor of Cleo magazine, created to rival the newly released Australian version of Cosmopolitan which was a runaway success. This period of her life was later made into the two-part mini-series, Paper Giants: The Birth of Cleo, where she was played by Asher Keddie.

Ita later went on to become the first woman editor of both the Daily Telegraph and the Sunday Telegraph before being appointed to the News Limited board in her early forties. Throughout her hugely successful career, Ita managed to frequent television and radio as well as having two children.

In 1979 she was made an Order of the British Empire (OBE), became an Officer of the Order of Australia (AO) in 1988 and was awarded the Centenary Medal in 2003.

These days, along with television and radio commitments, Ita is a prolific writer, having written 11 books and founded two publishing companies. She was elected president of Alzheimer’s Australia in 2011 and was our Australian of the Year last year. She is Patron of the Macular Disease Foundation, and Emeritus Director of Arthritis Australia.

Never bowing to the ever-present societal suggestion that women her age should be winding down their work lives, Ita Buttrose continues to strive for new heights both personally and professionally.

So thank you, Ita Buttrose, for inspiring BoostnBlend ladies everywhere. We hope to be inspired by you for many years to come. 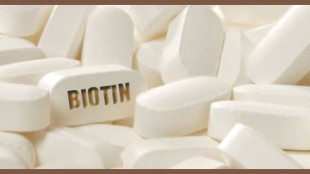 Biotin for Hair Growth: Is it the miracle cure?

If you’ve done any research about hair loss, you may have come across ‘Biotin’ for hair growth being [...]