Many of us have a guy in our life who is losing his hair. Could his hair loss be genetic or could there be another ca 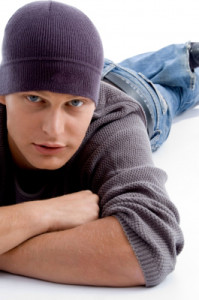 But first let’s debunk some myths: Wearing a baseball cap or beanie doesn’t cause hair loss. Neither does washing it too often*, over-styling, over combing or frequent brushing.

There is a significant relationship between smoking and the speed of the progression of male-pattern baldness, so if he needed another good reason to quit smoking – there it is!

Since 95% of male hair loss is caused by male-pattern, genetic hair loss, there is very little that can be done to avoid it happening at some point in his life. BUT, there are some simple treatments and and solutions that can definitely help to slow down the inevitable.

Over the counter treatments such as minoxidil and finasteride have been known to slow down hair loss. However these types of treatments tend to be expensive and only effective while using them. The hair loss returns as soon as the treatment stops.

So let’s look at some of the healthier solutions and other causes that can be reversible.

*While frequent hair washing and styling doesn’t in itself cause hair loss, the use of some of the cheaper shampoos which contain harsh chemicals – which dry out both hair and scalp – can be a contributing factor. Dry brittle hair tends to break which means less hair to work with.  In addition, a dry and unhealthy scalp can result in unhealthy hair follicles which need to be healthy to grow healthy hair.

If you think this may be the culprit suggest he try a chemical free shampoo and conditioner like the Carelli range which he can buy online here. If his scalp is really dry the Carelli range comes with an oil which can be applied to nourish follicles. 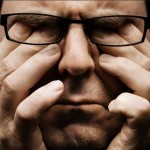 Hair loss in both men and women can be caused by stress. Stress on the body in terms of illness or sadness and loss can cause sudden hair loss which will usually right itself when the stress is over. It can take up to three months for hair loss to appear after stress and this is because hair growth works on a three month cycle. So if you notice a sudden appearance of hair loss, think back three months.

A lack of certain vitamins and minerals such as zinc, vitamin B, iron and a diet low in protein can all cause hair loss. But before you or he use Dr Google as a guiding light, you should send him off to get a blood test to determine if he has any of these deficiencies. This is because there are many side effects to having too much of some of these in your system too.

Male-pattern baldness is not curable. However it can be disguised very easily with a shake in fibre like Nut Job. These fibres are made from cotton and many thousands of men use them to boost hair volume, confidence and self-assurance.

To determine if he has classic male pattern baldness or a metabolic cause of hair loss, the pattern that the hair loss is making is usually the way to tell.

Male-pattern baldness starts with a receding hairline and then gradually falls out in what is often called a horse shoe shape, leaving the hair around the sides.

Whereas if the hair loss is caused by one of the physiological or metabolic causes like stress, a vitamin or mineral deficiency or a health problem  then the loss is likely to appear as more general thinning.

Some of the other options for disguising hair loss include hairpieces and surgery. Hairpieces have come a long way since the old “rugs” of yesteryear and as for surgery, well that’s an expensive and time consuming option. Best he does some thorough research before embarking on either of these.

Styling tips and tricks are still a good option. Keeping thinning hair short is always a good idea as longer hair lends itself to a comb over look which is always very aging. Longer hair tends to drag also and this can enhance the appearance of the scalp as hair is dragged down. Short hair is much easier to style and there are lots of short hair styles which can adequately cover the scalp.

If he does keep his hair short, then the shake in hair fibres can make each hair look up to ten times thicker which gives the overall appearance of much more hair.

Overall the best advice, if you or he are worried, is to send him off to his GP for a general check-up. Something that men are usually reluctant to do but something that can be extremely worthwhile, especially if he discovers there was something simple he could have done with diet or vitamins to slow down the inevitable! 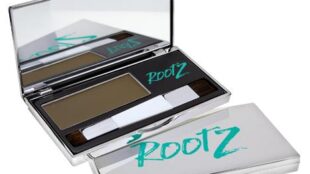 Many of us who colour our hair at one point or another have been guilty of trying to extend our time between [...]